Above: Five photos and one drawing by Lewis Carroll.
He also knew Princess Alice, who he entertained with stories 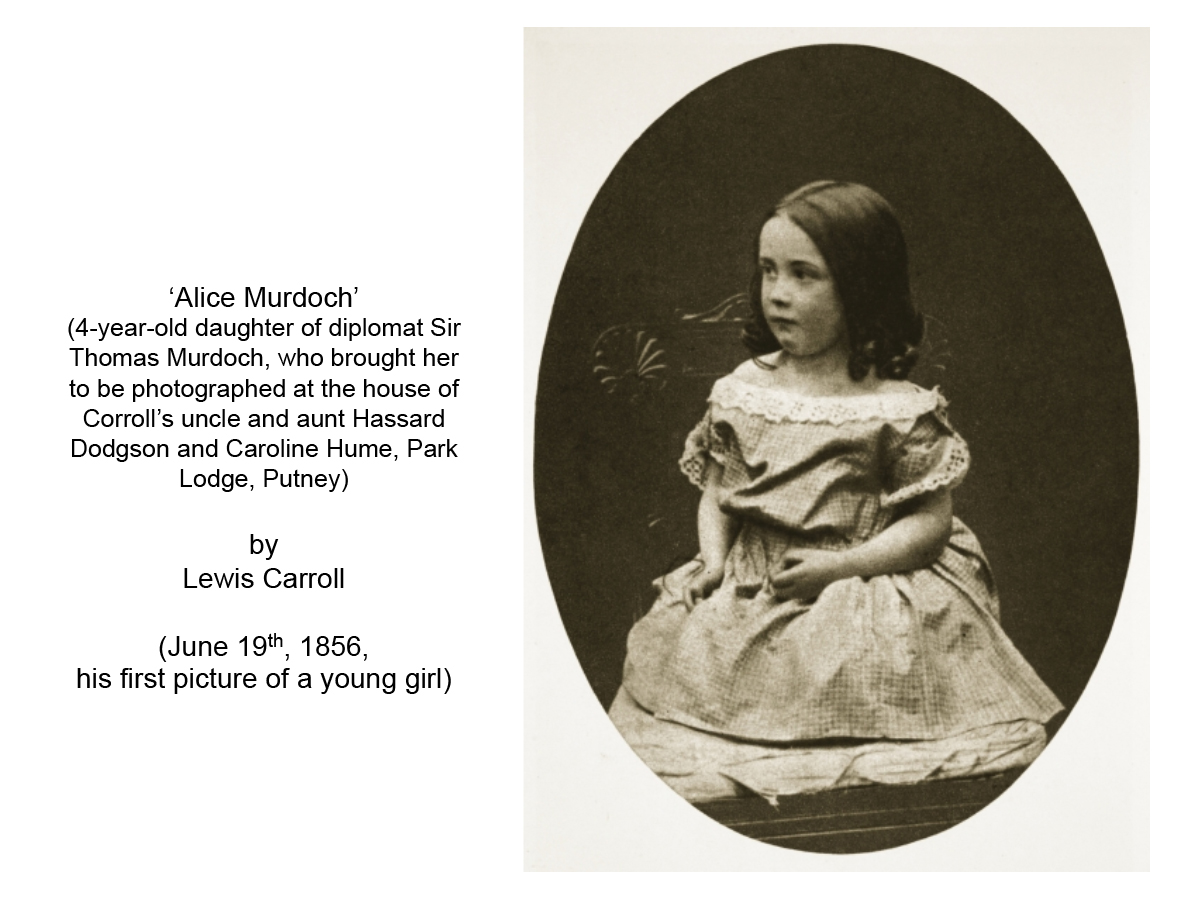 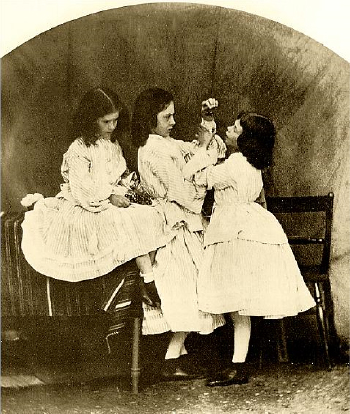 Above: The three Liddell girls

Above is Dodgson in a photograph along with Louisa MacDonald and four of the MacDonald children.
“… used to sit on the big sofa on each side of him, while he told us stories, illustrating them by pencil or ink drawings as he went along … He seemed to have an endless store of these fantastical tales, which he made up as he told them, drawing busily on a large sheet of paper all the time. They were not always entirely new. Sometimes they were new versions of old stories; sometimes they started on the old basis, but grew into new tales owing to the frequent interruptions which opened up fresh and undreamed-of possibilities.” 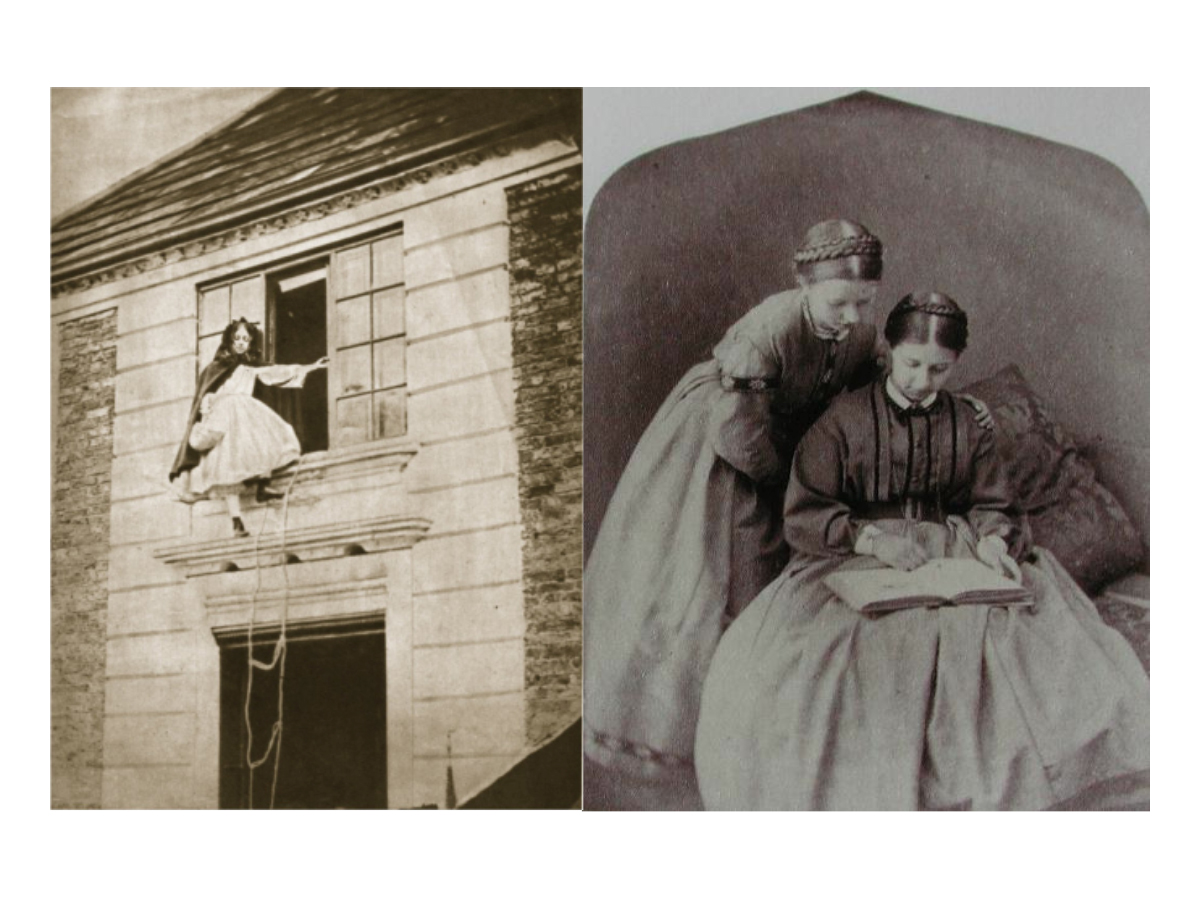 The above photograph of Alice Emily Donkin and Alice Jane Donkin (right) was taken in this studio on 14 May 1866. They were cousins. Dodgson entitled this picture “The Two Alices.” Alice Jane on the left later married Dodgson’s brother Wilfred in 1871 and therefore became Dodgson’s sister-in-law. Alice Emily Donkin did not marry but became an accomplished artist. One of her pictures, based on a photograph taken by Dodgson, called “Waiting to Skate,” hung in Dodgson’s rooms at Christ Church. 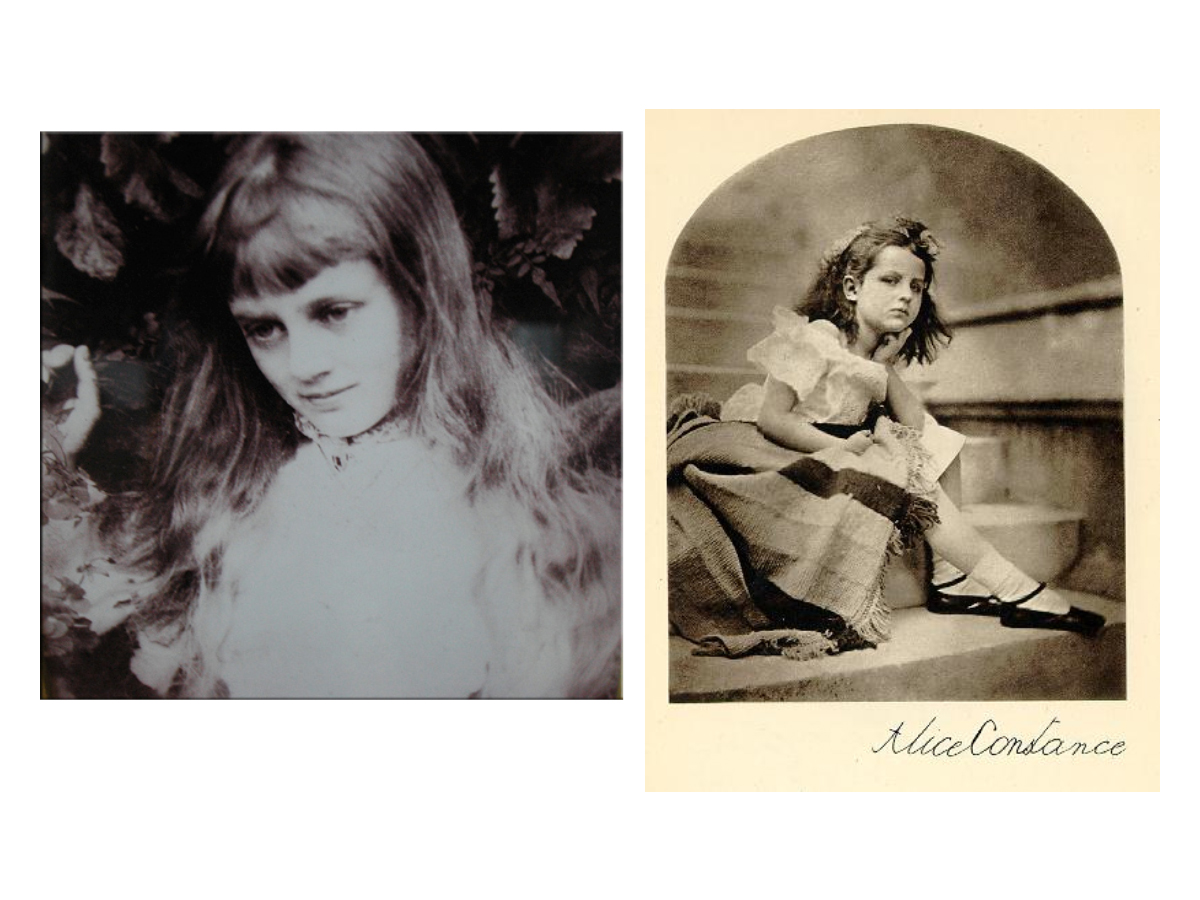