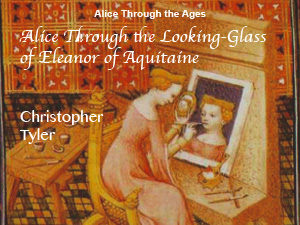 There is one large-scale motif running through the two books that has largely escaped critical attention – the pervasive mediaeval theme. It is remarkable that there has been little examination main context of the Alice stories, the mediaeval temperament of many of the characters. The present treatment focuses on some remarkable parallels between the travails of the fictional Alice and a historical Alice who lived in the time of the knights and castles, duchesses and chess games that figure so largely in the narrative. This earlier Alice spent her life as a trading pawn of the Plantagenet and Capetian monarchs of England and France, a lost soul on the checkerboard of 12th century territorial intrigues. She was a daughter of King Louis VII of France known as Alice of the Vexin, an aptly eponymous territory that has been the site of struggles between the English and continental powers from the 10th to the 20th centuries. For much of her life, this Princess Alice was held hostage by the Plantagenet court, successively held as a bargaining chip by Queen Eleanor and King Henry II, and their sons Richard the Lionheart and John.

The talk explores the proposition that Lewis Carroll, in his efforts to beguile the young Alice Liddell on their boat trips between Oxford and Woodstock might have drawn inspiration for many aspects of the Alice stories from the local mediaeval history of two of the principal castles of these towns, Beaumont Palace and Woodstock Castle, which served as two of the courts of these protagonists (and where both Plantagenet princes were born). As the son of a mediaevalist (Rev Charles Dodgson), Lewis Carroll had ample opportunity for exposure to these stories, known from the mediaeval history of Ranulf Higden of Cheshire. 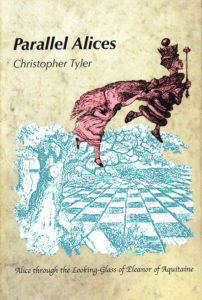